Deep sea trawlers are the Boeing 747s of the oceans, responsible for churning up as much carbon dioxide as the entire aviation industry. That’s the conclusion of a new report that has revealed scraping the seabed to catch fish to be an environmental evil on a par with flying.

While planes are a visible and well known climate foe, fishing vessels that drag heavy nets along the sea floor disturb sediment – the world’s largest carbon storage system – and release 1 gigaton of carbon every year, according to the study by published in the journal Nature. So for all that short-haul holiday flying habits have been put on hold due to the coronavirus pandemic, it’s possible that Friday night fish-and-chip suppers have been making up the carbon shortfall.

Written by 26 marine biologists, climate experts and economists, the study, Protecting the global ocean for biodiversity, food and climate, shows that the harmful fishing practice increases ocean acidification, which can lead to mass coral die-off, and affect marine biodiversity and productivity.

The solution is as straightforward as stopping deep trawling in 4 per cent of the world’s oceans, mostly areas that are within national waters, meaning countries can act unilaterally and immediately. That alone would put an end to 90 per cent of the carbon disturbance.

Key to the mission to protect the seas is to look after areas of “strategic” importance, using an algorithm developed by the study’s authors, which will bring “significant benefits” for nations that rely on fishing, as well for the climate and marine life: more robust marine ecosystems, a greater abundance of sea life and more fish.

The lead author of the study, Dr Enric Sala, explorer-in-residence at the National Geographic Society, said it was obvious that healthier seas would bring benefits for humanity and the global economy, and urged the world to work towards protecting at least 30 per cent of the ocean by 2030. The figure stands today at a mere 7 per cent, with only 2 per cent strongly protected, according to Ocean Unite, the marine conservation organisation.

The 10 countries that deploy bottom trawling most heavily – and therefore have most to gain from curbing the destruction of the sea bed – are China, Russia, Italy, the UK, Denmark, France, the Netherlands, Norway, Croatia and Spain. Britain has already committed to the 30×30 pledge as part of the Global Ocean Alliance it launched in 2019, and more than 50 countries have since followed suit.

“Ocean life has been declining worldwide because of overfishing, habitat destruction and climate change,” said Sala. “In this study, we’ve pioneered a new way to identify the places that – if strongly protected – will boost food production and safeguard marine life, all while reducing carbon emissions.” 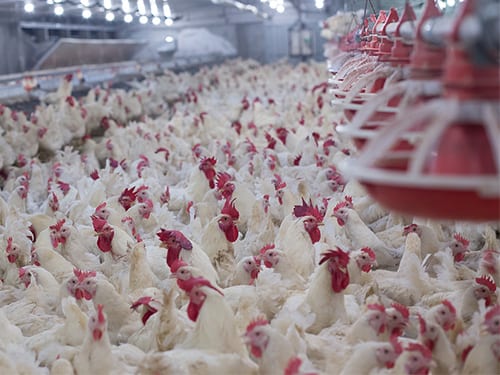 The natural world needs you ... to eat more plant-based food